The fourth game of the FIDE World Championship Match, sponsored by Tamil Nadu state and currently ongoing in Chennai, finished in a draw after 64 moves of play.

Anand started the game with 1.e4 and Carlsen responded with the Ruy Lopez Berlin defence. The opening earned its rock-solid reputation during the famous Kasparov – Kramnik match in London, 2000.

Anand entered the main line where the queens are exchanged and black forfeits the castle, in addition to having doubled c-pawns.

Earlier this year Anand scored a very nice victory against Karjakin in the 4.d3 sideline.

Carlsen was very well prepared to quickly roll out the moves in the rarely played 10…Be7 line. 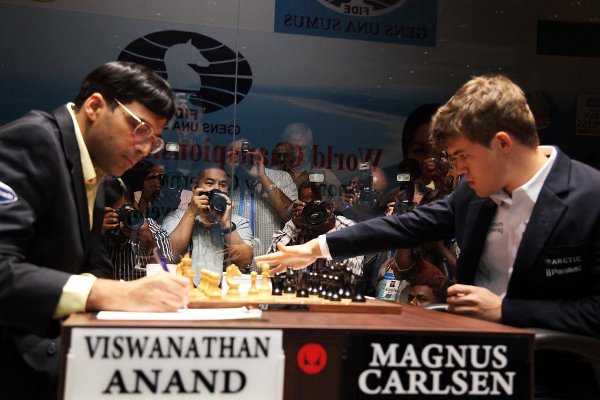 Both players continued to regroup the pieces. But while white was shuffling the knights, black grabbed the a2-pawn with his bishop.

That bishop was left offside, but there was no way to catch it. Nevertheless, white obtained some compensation by advancing the kingside majority.

Carlsen’s pieces were pushed back and lacked coordination, but one could argue that white was overextended a bit.

Black probed opponent’s structure with h5 and a5, while white built up the pressure on the c-file. 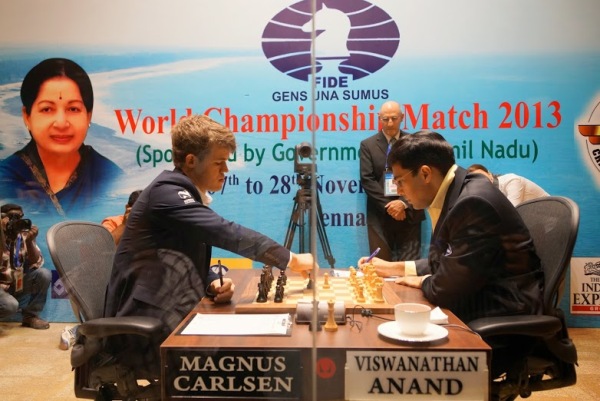 The position became extremely complicated. Anand found a fantastic resource in 35.Ne4! which helped him to finally open up the black king and equalise the play.

The defending champion was still a pawn down, but the material got reduced and white finally held a draw in the Rook endgame.