The challenger and world’s top rated player Carlsen started with the quiet 1.Nf3 and defending champion Anand responded with the solid setup that resembled the Gruenfeld Indian defence.

Carlsen wanted a game with slow development and long maneuvering but the opening soon transposed to the proper Gruenfeld Indian.

Anand initiated a clash in the center by trading the pawn on c4 and jumping Nb6 after which the play became more forcing.

Black installed his knight on c4 and white had to answer the opponent’s activity. Carlsen moved the Queen to b3 and Anand decided to repeat the moves to force a, as he said, “satisfactory draw with black pieces”. 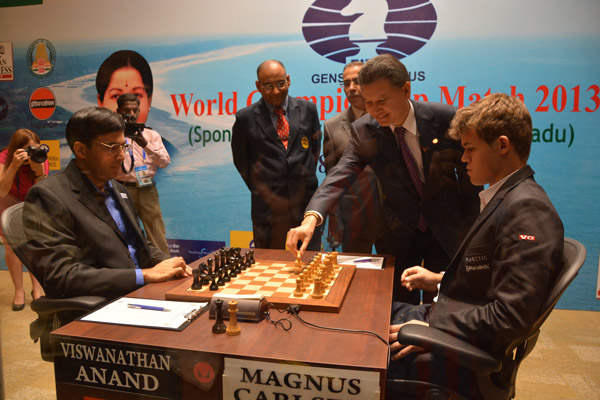 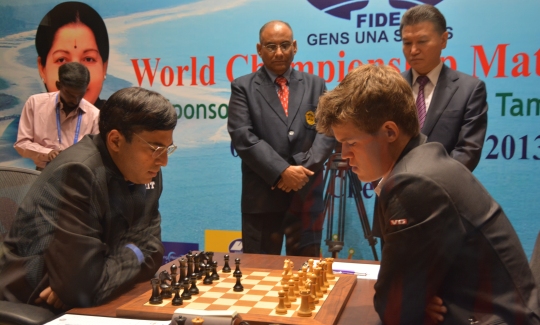